Guess what ? I’m writing from the transit area. Well technically it isn’t since it’s a domestic flight. Anyway, lets review my very first days in Japan.

I had planned to take the shuttle as soon as i got off the plane. Passport: check, customs, check (the lady didnt know what Belgium was). Then things became a bit more complicated. I couldnt withdraw money from the station’s atm and ultimately found a 7eleven to do so at get the last train to Osaka. Hopefully, the cab driver’s English was fluent enough to get me to my destination, my friend Jacqueline’s studio. I knew that not speaking a word of Japanese would be an issue. For such a developped country, they are still very protective and culturally different. It’s basically a parallel universe. I pumped my air mattresses and charged my devices for the next day.

Orange and green in peaceful Kyoto

It was a sunny day, perfect for a trip north. The two main attractions were the temple with its 10 000 orange gates and the famous bamboo forest. Even though it was touristy, its something i had never seen before. You also have to know that domestic tourism is really strong in Japan. We hiked through the gates and back, same for the forest.

The pictures talk for themselves, thanks to  helpful models. Later on, we took multiple trains and walked around Kyoto city centre and ate at a standing noodle bar, as my friend is always hungry. 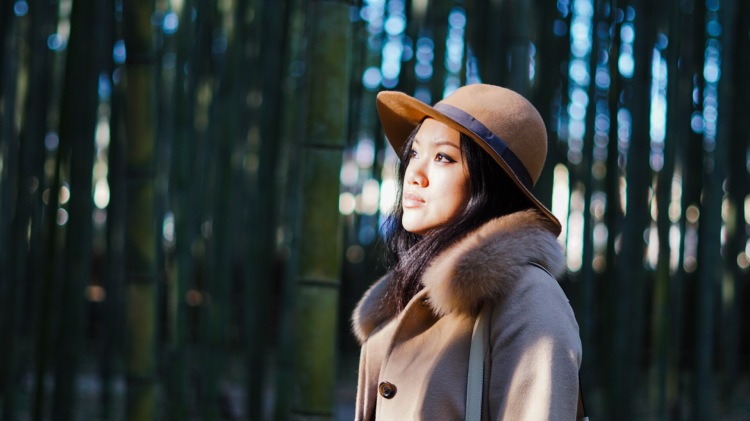 That same day, we took some rest before meeting up with more people in Dotomburi, the central and party neighbourhood of Osaka. Jacqueline’s friends were studying Japanese in order to continue their live there. It’s a choice I respect since it’s very challenging. I would probably give Mandarin a try one day. We had some local squid fried balls I forgot the name of and some beers before going to the club, which was already packed by 11pm. I don’t usually like EDM clubs but the vibe there was different, as the party culture seems a bit different. Also, drinks weren’t that expensive and foreigners were more than welcome.

The next day, we had a “hangover recovery” revolving sushis lunch. 125 yen piece, can you believe it ? We walked around Osaka, had fried sticks in the neighbourhood of Sinsekai and somehow ended up in a karaoke bar, the drunken clam ( yes, a Family Guy themed karaoke bar).

The last day, as Jacqueline was working, I just explored the area and especially the Osaka castle park. See you in Tokyo !